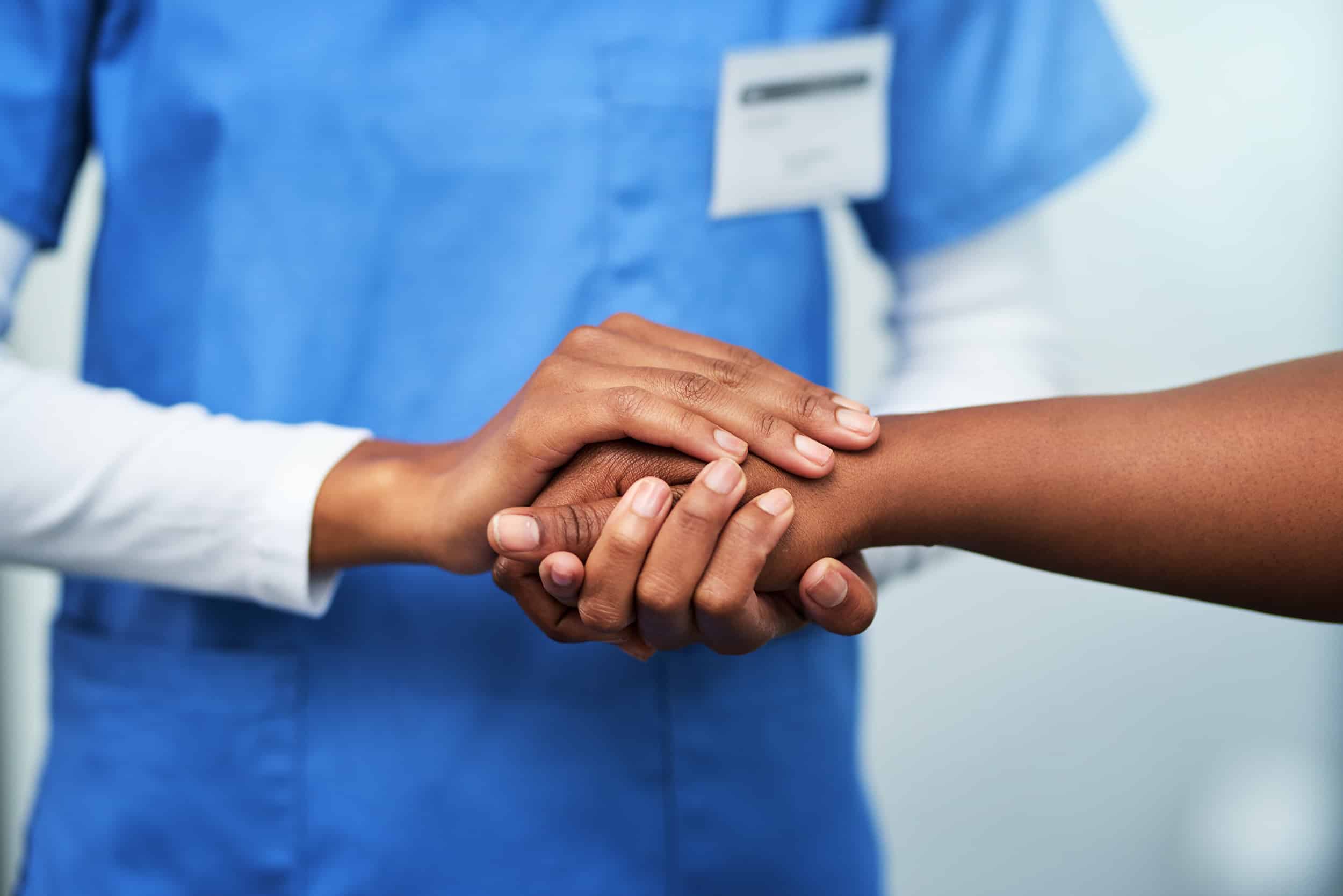 Closeup shot of a nurse holding a patient's hand in comfort

NEW YORK (May 10, 2022) – Citing a particular danger to Black women, National Urban League President and CEO Marc H. Morial and more than 60 other Urban League leaders from around the country have co-signed a letter to every member of the U.S. Senate urging passage of the Women’s Health Protection Act, which codifies the right to abortion into federal law.

Responding to Supreme Court Justice Samuel Alito’s draft opinion in Dobbs v. Jackson Women’s Health Organization, which was leaked to the news media last week, the leaders wrote, “This decision undoubtedly is part of a larger anti-civil rights and anti-women’s rights movement that is poised to harm our democracy as a whole, and it must be answered by swift Congressional action.”

In addition to Morial, the letter was signed by the CEOs of 60 local Urban League affiliates.

The leaders objected to Justice Alito’s poorly-reasoned attempt to justify his opinion, which would overturn Roe v. Wade, by equating it with the Court’s 1954 landmark decision in Brown v. Board of Education, which overturned Plessy v. Ferguson.

“[Alito] fails to highlight that by making this ruling, the Court overturned the states’ ability to infringe on the fundamental right to equal protection under the law, including the equal access to quality education for Black children, under the 14th Amendment,” the leaders wrote.

The 14th Amendment states: “No State shall make or enforce any law which shall abridge the privileges or immunities of citizens of the United States; nor shall any State deprive any person of life, liberty, or property, without due process of law; nor deny to any person within its jurisdiction the equal protection of the laws.”

The leaders wrote, “Overturning Roe v. Wade would do quite the opposite. It would allow states to infringe on the personal health decisions of all women in this country and their liberty to decide what happens to their bodies. In addition, the draft Dobbs v. Jackson Women’s Health Organization decision puts Black women in particular danger.”

Black women are 2.5 times more likely to die as a result of childbirth than White women.  Meanwhile, due to racialized income and wealth disparities, inequitable access to medical care, and the other insidious ways structural racism manifests, people of color are more likely to require abortion care and are less likely to be able to afford out-of-state travel to obtain care if it is made illegal in their state.

“Therefore, it is not only a gender justice issue but a racial justice issue to codify the right to an abortion into federal law and ensure all pregnant persons have the ability to make personal health decisions,” the leaders wrote. “Furthermore, should the Court’s draft decision in Dobbs v. Jackson Women’s Health Organization become final, it may cause a ‘domino effect’ that threatens other judicial decisions targeted by an extreme conservative wing of this nation – decisions that protect individual freedom and civil rights under the 14th amendment.

The letter concludes, “We urge you to take up and pass the Women’s Health Protection Act as a vital step toward protecting and respecting this nation’s women and reasserting the commitment to equal protection under the law for all.”