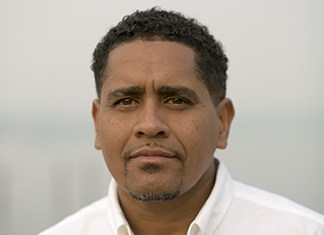 “Our unity shocked them and we should continue to shock the white man by working together.” — Malcolm X

In a time where we as a Black Community have more advantages than ever before, why is ‘working together’ so difficult for us to do?

The world is watching. Whether it’s corporate America plastering “BLM” loudly on their buildings or Major League Baseball taking a knee in solidarity; it’s clear that racial injustice is at the forefront of public discourse. The New York Times said that Black Lives Matter “may be the largest movement in U.S. history”.

Given all this positive momentum for liberation, I ask myself, ‘If not now, when?’

I have never been afraid to speak truth to power. I always saw power as the oppressor. That meant the 1%, those with the ability to affect lives they are often far removed from, and lawmakers whose legislation affects communities they would never step a foot in.

When I arrived in The Progressive Emerald City in 1999, it seemed ripe with opportunities. But I suffered from a sense of entitlement and its influence over me could do more damage than any lawmaker or 1% ever could. And because old habits die hard, it would take 7.3 years in the Washington Correctional System before I finally realized there was another power at play that had nothing to do with an ominous oppressor.

After that realization, I was convinced that in spite of all the systems working against me, the only thing that could truly stop me from moving forward was myself.

When I got out, I was ready to take on the world. Certain that if my cause was righteous and I stood strong with my oppressed Community, there was nothing we couldn’t accomplish together.

What I did not see coming was the inaction, paralysis, and cowardice from my own community leaders. The protesters are correct when they exclaim that “Silence is Violence”.

Martin Luther King Jr. spoke of remembering more the silence of one’s friends than the words of one’s enemies. Working for a 90-year-old African American organization in a progressive city has taught me how dangerous that silence truly is.

I am appalled that this is happening now. Have some made it a strategy to hijack the George Floyd protests in order to obtain their own personal gain? Am I too, playing into Jim Crow’s wildest dreams by responding to the toxicity within my own Community?

The demands being made in our City by some members of our Community are outright ridiculous. If this were about reparations owed, I could support it, but it is not. It appears to me to be nothing more than a strategic subterfuge. It is imperative that our City understands this and stands up to it. We as African Americans in the Pacific Northwest are not a monolithic culture.

There is no singular Black organization that can meet the needs of all members of our Community. Those who promote this kind of dictatorship are not the voice for all Black people. It is not possible to monopolize people’s pain and hardships. Coming together, respecting one another’s differing views and ideas, is what’s needed to end the plight and injustices taking place in our communities across this nation.

Charleena Lyles. Shaun Lee Fuhr. Manuel “Manny” Elijah Ellis. These are just some of our ‘George Floyds and Breonna Taylors’ in the Pacific Northwest.

Let us not lose sight of what this 400+ year struggle is really about. This is not a time for Black organizations to leverage the City for their own personal agenda or for Black leaders to either stand silent or pick a side.  It is time for all of us, even those who disagree with me, to stand arm and arm. Whatever our grievances, this moment is bigger than all of us!

It is, as Malcolm stated, our unity that has shocked the world in the past. We should continue to shock the oppressor by working together.

The Case for Direct Cash

Our Natural Hair is Protect by Law