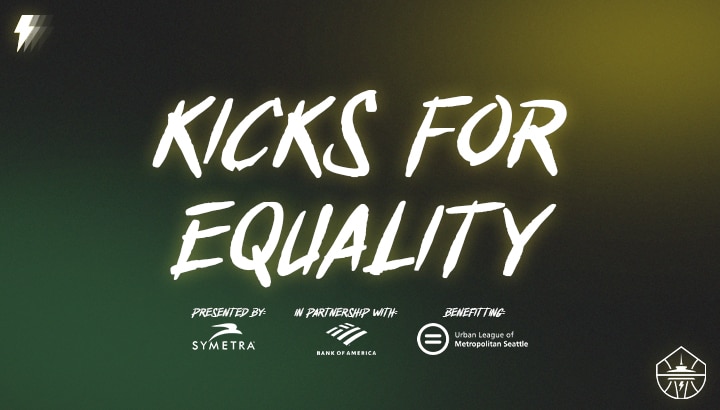 SEATTLE — The Seattle Storm announced today the 2021 Force4Change campaign “Kicks for Equality,” which features an online auction that will run from June 27 to July 7, with the purpose of raising awareness and funds for the Urban League of Metropolitan Seattle—an organization that empowers communities of color by providing economic, educational and employment support services. Bidding launches at 10 a.m., on June 24.

The Storm have teamed up with LCKR ROOM—a Black women-owned design company in Atlanta founded in 2020 by Britt Davis and Kaila Pettis—for the second consecutive year to design the sneakers that the players will wear on June 27 and July 7. The auction will feature the player-worn custom shoes, among other items, and will conclude following the July 7 home game against the Los Angeles Sparks, at Angel Of The Winds Arena, in Everett, WA. Fans can check out and bid on the shoes at the following link: 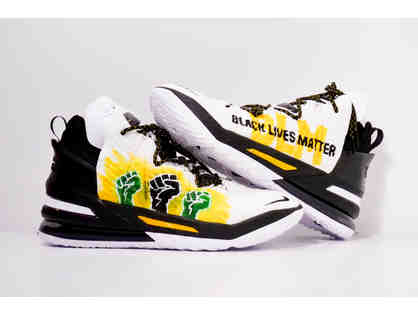 Following its long-standing tradition of creating a united front to support BIPOC communities, Force 10 Hoops—the Storm all-female ownership group—through the Storm Foundation, marquee jersey-badge partner Symetra Life Insurance Company and partner Bank of America will tip off the auction with a $25,000 donation each, for a starting contribution to Urban League of Metropolitan Seattle of $75,000.

“We’re committed to amplifying the amazing work of Black women-owned businesses, so It is special to once again partner with the talented artists at LCKER ROOM for the custom shoe designs towards Kicks for Equality,” said Alisha Valavanis, Seattle Storm President and CEO. “This campaign will support the Urban League of Metropolitan Seattle, and it’s the collaborations at every level, including the Storm ownership group and corporate partners, that will help us reach our goal.”

Last year’s “Kicks for Equality” resulted in a $100,000 gift to NAACP Legal Defense and Educational Fund, Incorporated (LDF). Altogether, Force4Change campaigns raised $155,000 towards LGBTQ+ and BIPOC individuals and organizations, in Seattle and around the nation in 2020—the social justice platform’s inaugural season.

“Symetra is proud once again to support the Seattle Storm’s Force4Change platform and to partner with them and Bank of America on ‘Kicks for Equality.’ The 2021 auction offers fans an incredible win/win—the chance to own these one-of-a-kind shoes envisioned and worn by Storm players and an opportunity to support the Urban League of Metropolitan Seattle,” said Trinity Parker, Symetra Life Insurance Company SVP, Marketing, Communications & Public Affairs. “We hope our $25,000 donation helps inspire Storm fans to raise their bids in support of ULMS’s vision of equity for all through advocacy and civic engagement, education, housing, health and workforce development.”

“The health and humanitarian events of the past 18 months have brought a sense of urgency in how we address the pervasive need for racial equality and economic opportunity,” said Kerri Schroeder, Bank of America Seattle president. “Alongside the Storm’s unique ability to inspire and drive change and Urban League’s outstanding services, we are building pathways to greater economic mobility with Seattle’s communities of color, and this partnership is one demonstration of how we are working to level the playing field.”

The Seattle Storm currently ranks number one in the 2021 WNBA season, with 12 wins and three losses. For the duration of the auction campaign, the squad coached by Noelle Quinn will face the Las Vegas Aces (June 27), the Atlanta Dream (July 2), and the Los Angeles Sparks in back-to-back games at the Los Angeles Convention Center (July 4) and Angel Of The Winds Arena, in Everett, WA (July 7). For home games tickets, visit Seattle Storm Ticket Central.

Original release written and distributed by the Seattle Storm, June 24, 2021.