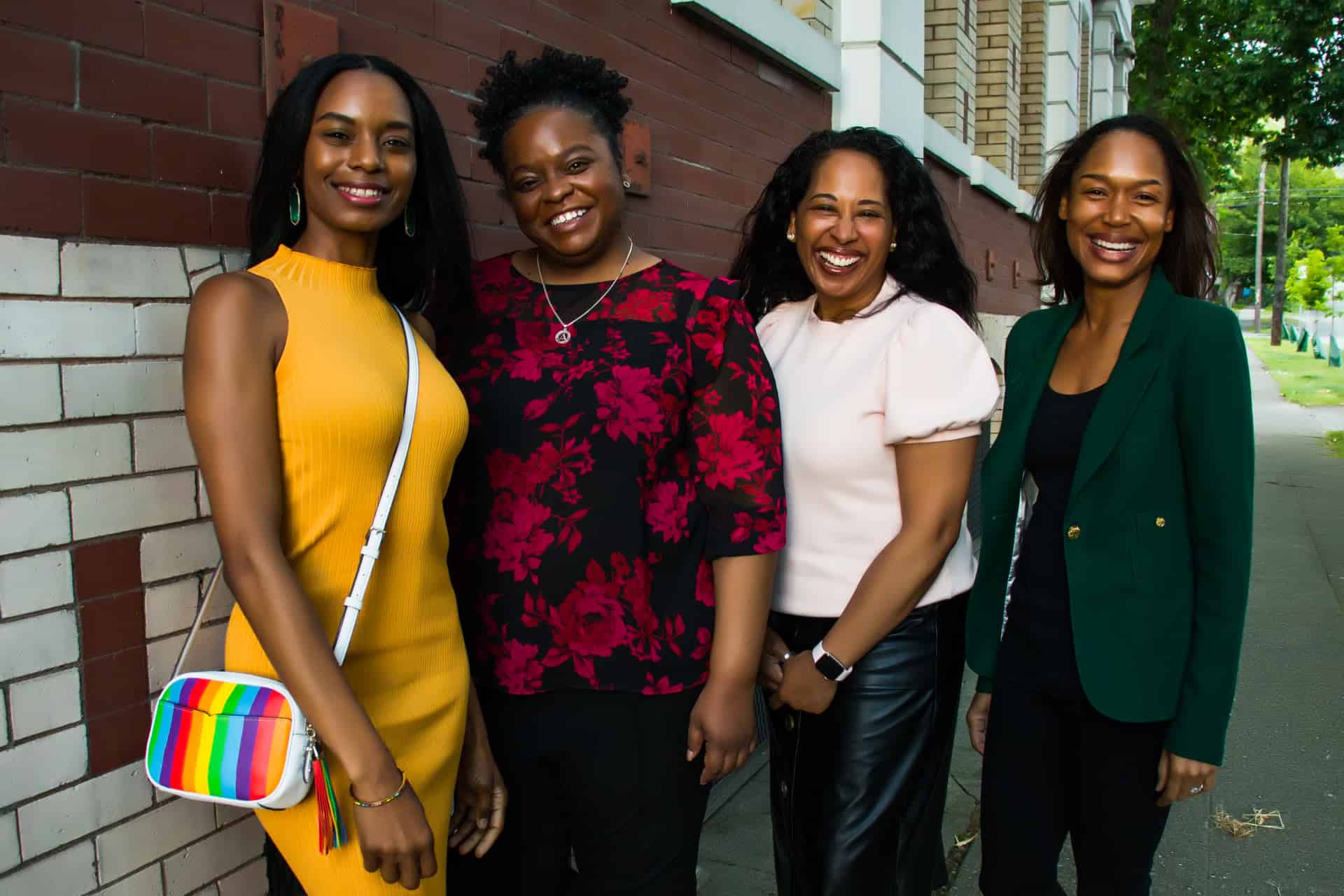 Fueled by a desire to be good ancestors, four Black women are transforming how philanthropy builds Black health, wealth and well-being.

But it wasn’t until the racial awakening touched off by the police killing of George Floyd that the idea for the Black Future Co-op Fund came into sharp focus.

“People were in the streets demanding humanity for Black people,” Sanderson said. “They were fed up, but they were also energized. We wanted to complement that demand for humanity.”

“The first time we were together, we talked for hours,” said Jones, CEO of Washington STEM. “You would think we had been working together for years. It was just a sisterhood galvanized by being done with trauma.”

That first meeting solidified their vision for a new kind of philanthropy  that would acknowledge the harm systemic racism has caused Black people in Washington and work to eradicate poverty, build generational wealth and preserve Black culture.

“We wanted to make good trouble,” Jones said. “We helped each other dare to do that.”

Turning Philanthropy on Its Head

Merriweather, Nobles, Jones and Sanderson believed philanthropy could help uplift Black communities, but not within the current systems and structures.

“Often philanthropists will say, ‘This is the solution. Here’s some funding for it,'” Jones said. “That’s not transformational or sustainable.”

Instead, the Black Future Co-op Fund is going into communities and asking Black people to tell them what they need.

“Some of the needs aren’t what funders consider sexy,” Sanderson said. Small businesses need technical support and help with setup and operations.

Their listening and research helped them define their purpose to be responsive to those needs. The new fund focuses on providing “intentional investments in areas such as health, housing, education, art, criminal justice reform and civic engagement,” according to an article on the Byrd Barr Place website. “It will invest in land, property, and educational and entrepreneurial opportunities that prepare Black families for generational wealth and sustainable, economic prosperity.”

They are also working hard to avoid processes that disadvantage applicants, like comparing balance sheets of Black-led and white-led organizations.

“Just because our balance sheet is smaller, it doesn’t mean we’ve worked any less hard,” Sanderson said. “It just means our proximity to wealth has been different.”

Jones added that they weren’t interested in small, short-term contributions: “This isn’t about giving people access to micro loans. That’s not the same as being philanthropic. We’re talking about changing systems and donating to the cause in a way that’s unrestricted.”

Barriers to Black Health and Wealth

If you want facts about the racial wealth gap, Sanderson is the right person to ask. In her role as CEO of Byrd Barr Place for nearly 20 years, she has been steering the Seattle-based non-profit, which provides essential services such as housing, energy assistance, food and personal finance tools to residents with low incomes.

Sanderson rattled off a list of grim statistics that illustrate how systemic racism has caused Black people to earn less, have fewer opportunities and die younger than their white counterparts:

These conditions describe different aspects of a racial wealth chasm between Black and white families that would take an estimated 228 years to close,  if the wealth of the average Black family continues growing at the current pace, according to the Institute for Policy Studies.

“That’s 17 years shy of the duration of slavery,” Sanderson said. “We see a connection there.”

Starting with the kidnapping of 12.5 million people from Africa dating back to 1525, enslavement, sharecropping, redlining, poll taxes, school segregation and job discrimination are among the racist policies and systems that have blocked Black access to wealth for generations in the U.S.

Working To be Good Ancestors

The Black Future Co-op Fund has raised $12.5 million so far, halfway to their goal, but Sanderson said hitting the initial funding target is by no means the end.

“It needs to be long, slow, patient funding,” she said. “This one-and-done funding that supports starting and stopping doesn’t work.”

The Black Future Co-op Fund currently operates out of the Seattle Foundation, a relationship that leverages the established philanthropic organization’s infrastructure, partnerships and funds. The plan is to move the Black Future Co-op Fund out of the Seattle Foundation in the next three years and operate it as an independent organization. To accomplish that successfully, they’re investing lots of time and energy into building a sustainable infrastructure.

“We’re thinking about how we can set this container up to ensure long-term success long after we’re gone,” Sanderson said. “We want to be good ancestors. We feel a responsibility to demand that philanthropy does better on our behalf.”