The purpose of this digital space

The Black Voices Project is a virtual Black book club and community dedicated to uplifting Black literary/creative voices through a range of mediums including books, essays, podcasts, and more! Our hope is to facilitate meaningful conversations about systemic racism and Black history while addressing current political, racial, and social issues impacting Black culture.

We will read together, learn together and grow together!

Book Selection: On the 1st of every month, ULMS will pick a text to read for the next 30 days. The text will differ each month ranging from non-fiction to fiction and even poetry. Each book selected will all focus on race, anti-racism, and/or Black culture.

Discussion Questions: We know everyone reads at their own pace. Feel free to break out into smaller groups with your friends if that makes you more comfortable! Discussion questions will be posted each month on this page and in our private Facebook group (details below) for those who would like to start a small reading circle in their workspaces or to think through personally.

Monthly Zoom Group: During the first week of each month, there will be a live zoom discussion to cultivate conversations on the entirety of the text from the previous month’s book pick. Zoom details will be shared in the tab below!

Join the Book Club! Ready to participate in the dopest virtual Black book club ever? Head to the join section and get into the loop!

Here you’ll find books we have scheduled to read in the coming months. Please note, this list is subject to change:

Although Black lives have always mattered (and Black people have been dying at the hands of systemic racism long before this year), something about this moment feels different. According to the New York Times, between 15 million and 26 million people in the U.S. participated in demonstrations in the weeks following George Floyd’s murder… making this the largest movement in our country’s history.

"This is a movement; not a moment."

We’re excited to read with you! Once you officially subscribe to the Black Voices Project, you will get instant access to:

Once you’re subscribed, we’ll reach out to you with this month’s book pick and some think questions to get you started. If you don’t have our selected book, see below for ways to read along!

Tune in to discuss!

Join us at the end of each month for our wrap-up zoom discussion! We’ll have an in depth discussion and round-table analysis of the book, it’s themes, and real world application. You can also check in with our Facebook group for real time engagement, some surprise giveaways, announcements and more!

In order to truly understand this moment and our role in it, we must know how history brought us here and make a serious commitment to amplify Black voices.

We are in the middle of a collective commitment right now, to #DoBetter, dismantle white supremacy, and fight for equity for all. It’s as if, as a nation, we have hit a boiling point and are suddenly wondering: How did we get here, and what can we do about it now?

BOOK OF THE MONTH 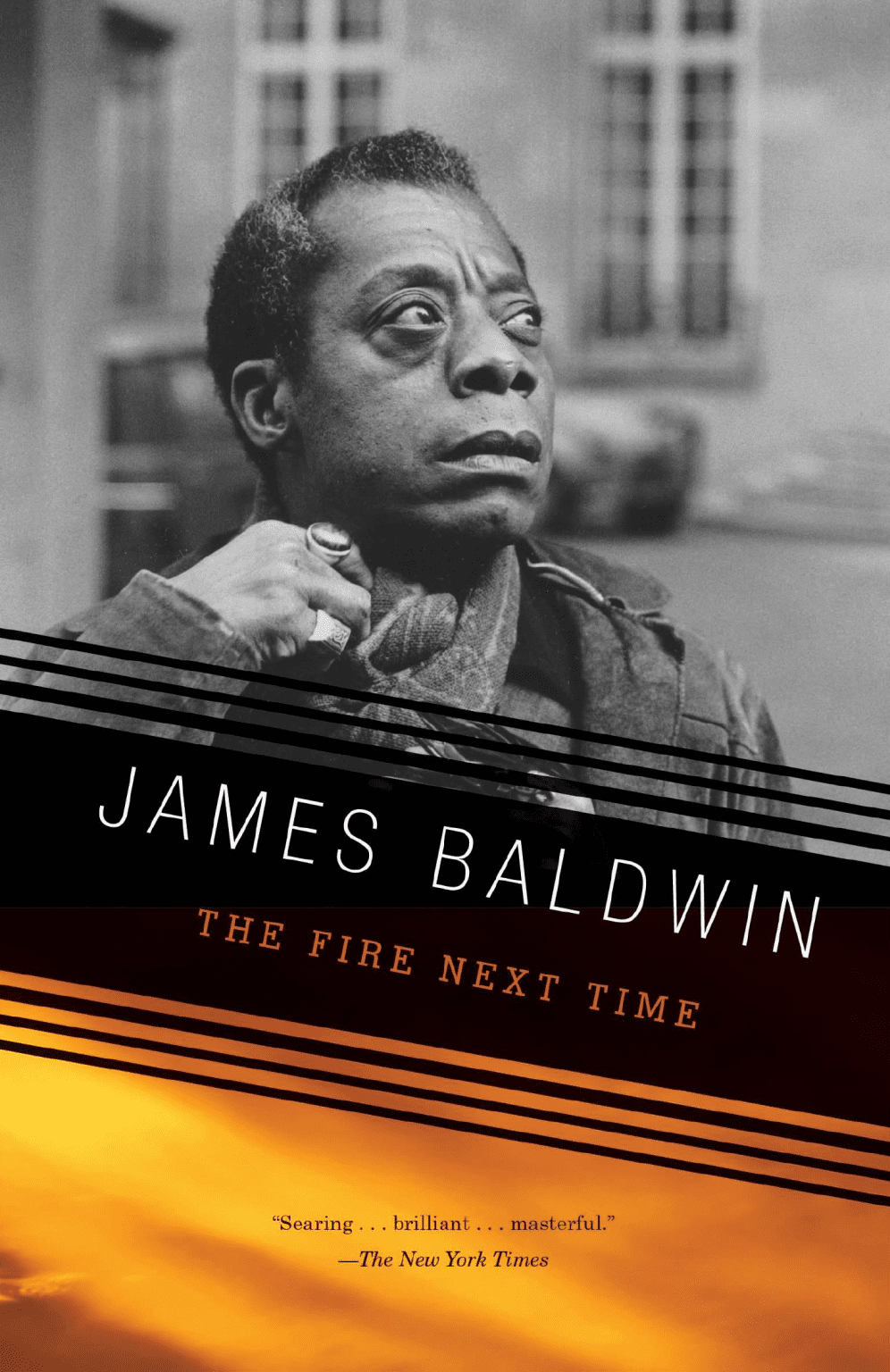 A national bestseller when it first appeared in 1963, The Fire Next Time galvanized the nation and gave passionate voice to the emerging civil rights movement. At once a powerful evocation of James Baldwin’s early life in Harlem and a disturbing examination of the consequences of racial injustice, the book is an intensely personal and provocative document. It consists of two “letters,” written on the occasion of the centennial of the Emancipation Proclamation, that exhort Americans, both black and white, to attack the terrible legacy of racism. Described by The New York Times Book Review as “sermon, ultimatum, confession, deposition, testament, and chronicle…all presented in searing, brilliant prose,” The Fire Next Time stands as a classic of our literature.

James Baldwin offered a vital literary voice during the era of civil rights activism in the 1950s and ’60s. He was the eldest of nine children; his stepfather was a minister. At age 14, Baldwin became a preacher at the small Fireside Pentecostal Church in Harlem. In the early 1940s, he transferred his faith from religion to literature. Critics, however, note the impassioned cadences of Black churches are still evident in his writing. Go Tell It on the Mountain, his first novel, is a partially autobiographical account of his youth. His essay collections Notes of a Native Son, Nobody Knows My Name, and The Fire Next Time were influential in informing a large white audience.

Quotes from the Book

“We cannot be free until they are free.”

“Please try to remember that what they believe, as well as what they do and cause you to endure does not testify to your inferiority but to their inhumanity.”

“The American Negro has the great advantage of having never believed the collection of myths to which white Americans cling: that their ancestors were all freedom-loving heroes, that they were born in the greatest country the world has ever seen, or that Americans are invincible in battle and wise in peace, that Americans have always dealt honorably with Mexicans and Indians and all other neighbors or inferiors, that American men are the world’s most direct and virile, that American women are pure. Negroes know far more about white Americans than that; it can almost be said, in fact, that they know about white Americans what parents—or, anyway, mothers—know about their children, and that they very often regard white Americans that way. And perhaps this attitude, held in spite of what they know and have endured, helps to explain why Negroes, on the whole, and until lately, have allowed themselves to feel so little hatred. The tendency has really been, insofar as this was possible, to dismiss white people as the slightly mad victims of their own brainwashing.”

“If the concept of God has any validity or any use, it can only be to make us larger, freer, and more loving. If God cannot do this, then it is time we got rid of Him.”

“Color is not a human or a personal reality; it is a political reality.”

Our goal is to make these books, podcasts, poems  and conversations accessible for anyone who is willing to show up for the Black community. We know that anti-racism work doesn’t stop when the protests end. Anti-racism work is a practice! It requires intention and commitment.

“Revolution is not a one-time event.” - Audre Lorde

If it’s your first time here, below are some of the books we’ve read in the past and discussed together as a group! 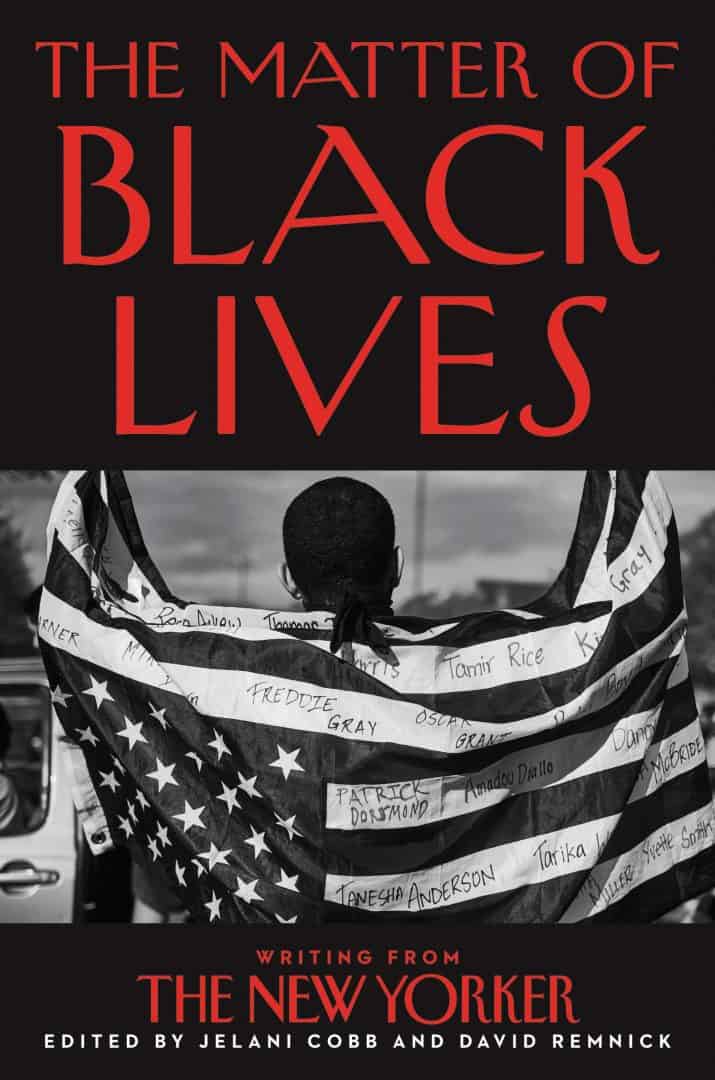 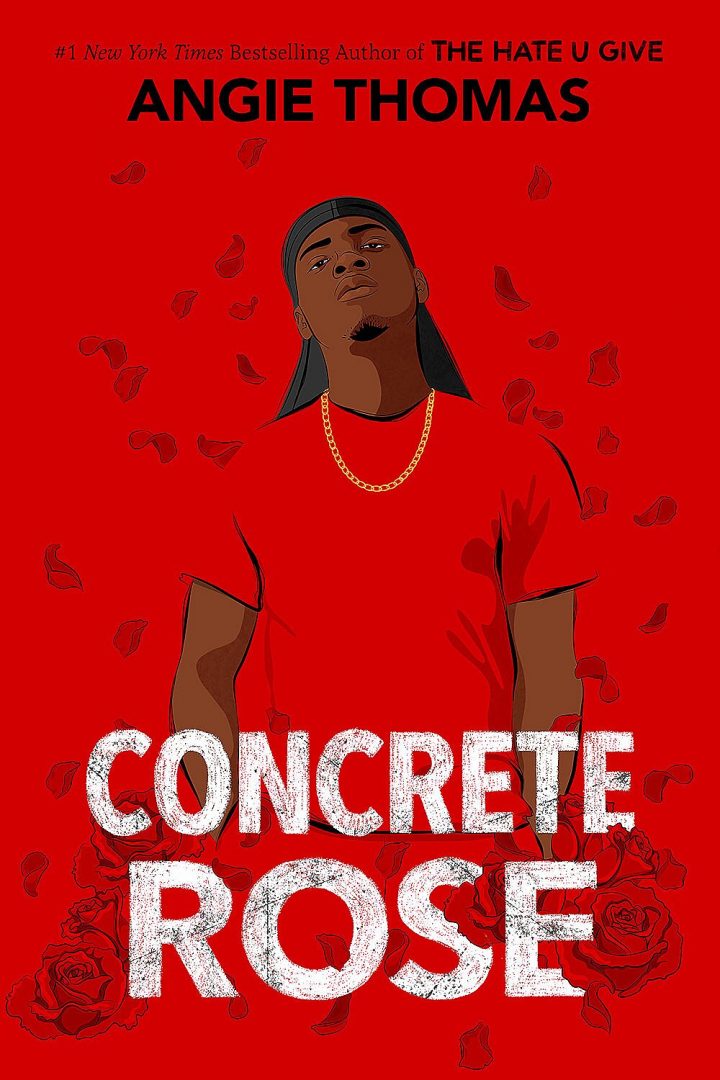 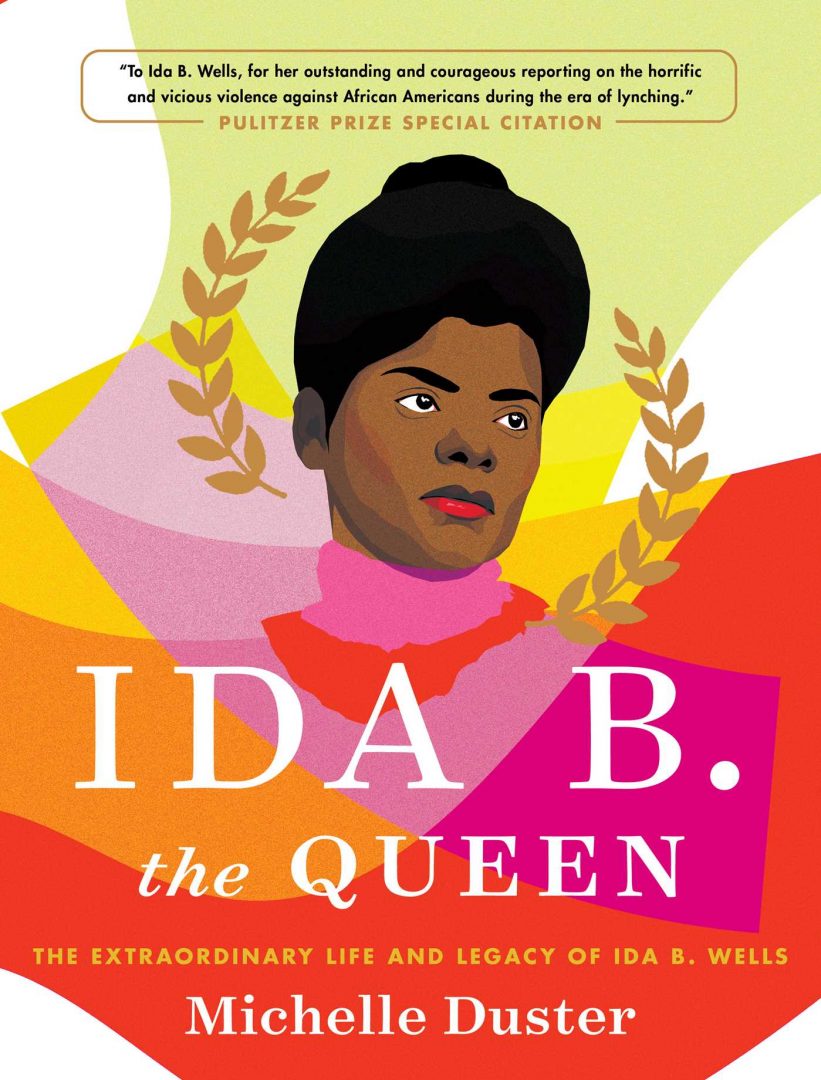 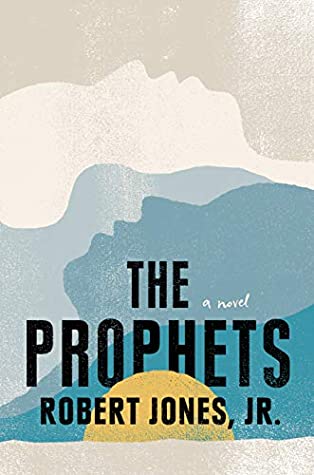 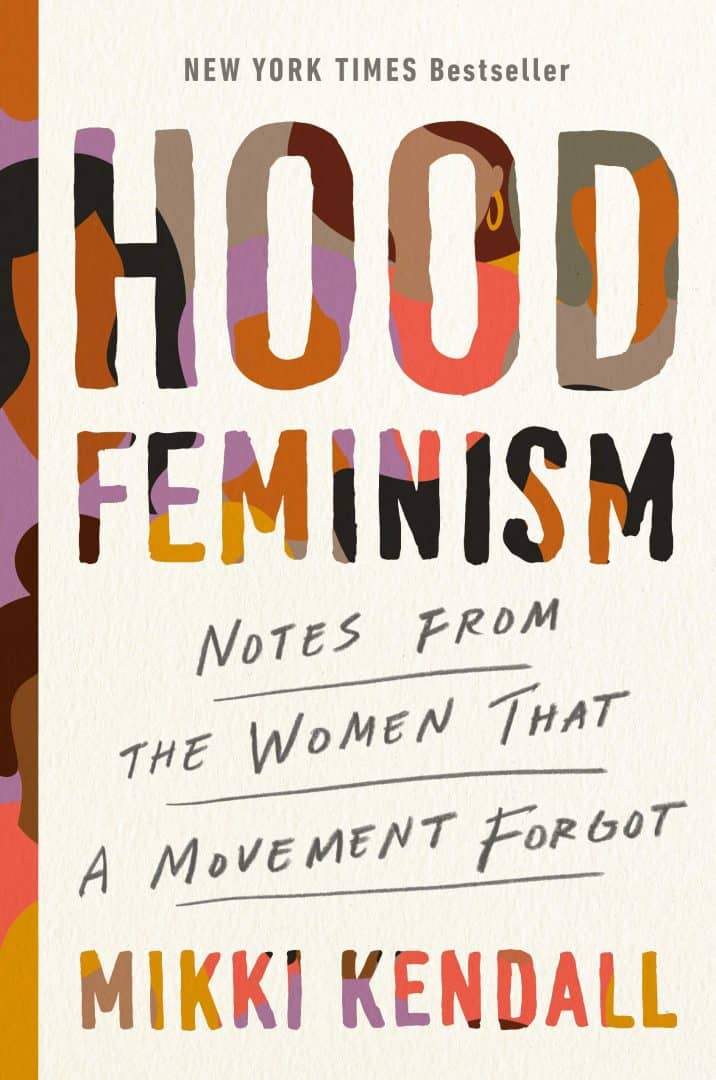 How to Read Along With Us

Don’t have a copy of our selected book? No worries! Each book is accessible digitally via the Seattle Public Library (SPL). All you need is a free library card. To get one, simply click the button below and we’ll help you get started! If you don’t have a Seattle based address, you can always get a free eCard and access the book via the King County Library System (KCLS). If all else fails, you can also check out the library’s audiobook option (also free)!

Get a Free KCLS eCard
Get a Free SPL Library Card

Get a free copy of this month's book!

Owning a personal collection of books is a special opportunity each of us should have. We want to help you get started!

If you love that “new book” smell or simply enjoy the traditional flip of a real page, this one is for you! Each month, we will send the physical version of our selected book of the month to the first 10 readers who reply to our BVP monthly newsletter. If you miss your chance to claim a book, don’t worry! You can always come back next month and try again.

Since the brutal murders of George Floyd, Breonna Taylor, Shaun Fuhr, Manuel Ellis, and others– race has been top of mind in our nation’s consciousness. Those around the nation are reaffirming that, “Yes, Black Lives do Matter”! It is clear that people want to do better. Now, communities are looking for ways to learn how to show up even further for the Black community in this time and all time.

"We have learned to fly the air like birds and swim the sea like fish, but we have not learned the simple art of living together as brothers" - MLK Jr.

As an official member of the Black Voices Project, you will have access to exclusive discount opportunities, tickets, events, and more provided by our friends from Seattle Arts & Lectures (SAL)!