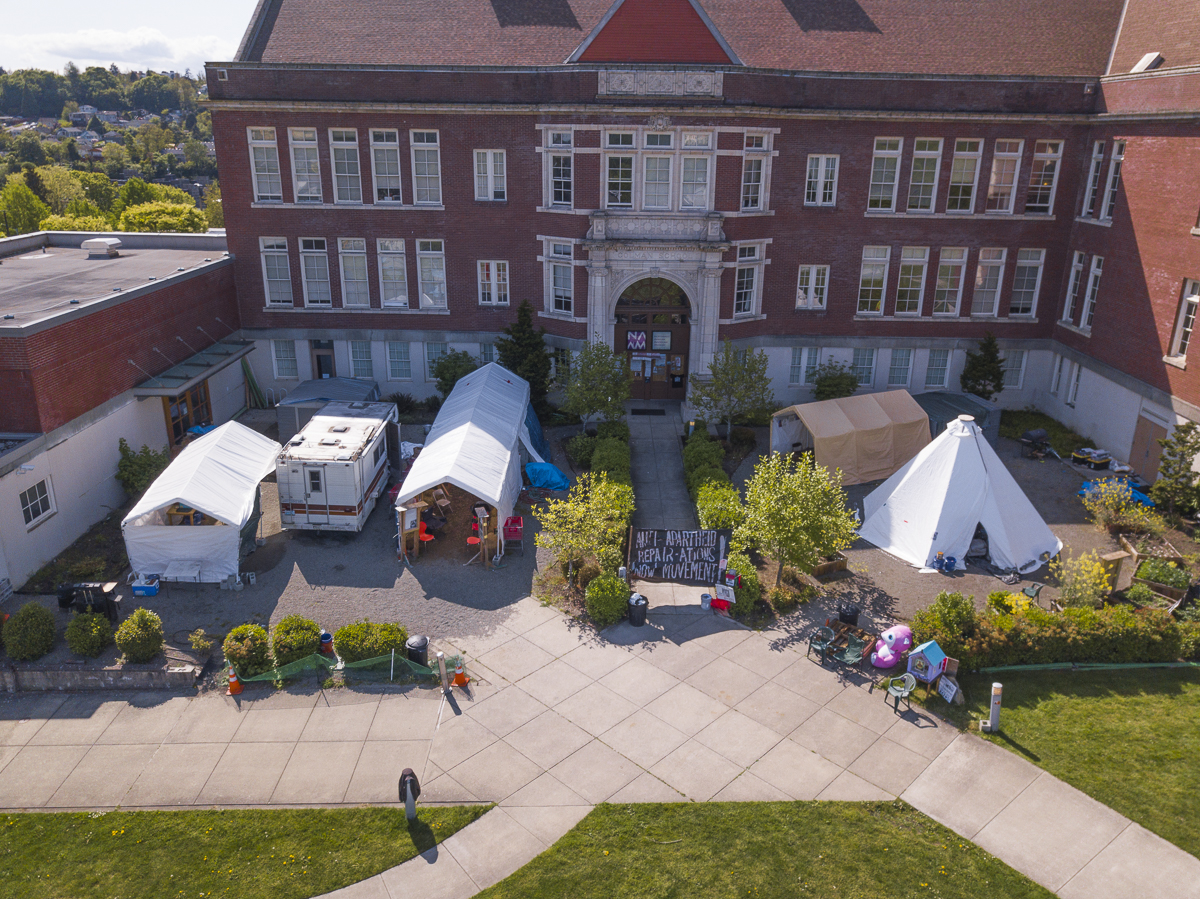 May 8, 2021 (SEATTLE) – Over the last 10 months, a property owned by the Urban League of Metropolitan Seattle in the Rainier Valley, formally known as the Urban League Village, has endured the presence of an illegal encampment, led in part by Omari Tahir-Garrett. This property, located at 2300 S. Massachusetts street, is home to 36 units of low-income, affordable housing on its top two tiers and the Northwest African American Museum at its base.

While attempts have been made over the last year to work with the encampment participants to understand and resolve the root of their concerns, these attempts have not led to the positive outcome we hoped to have reached by this point. Their one demand, has been a full transfer of legal ownership of the property, including the eviction of the 36 families who call this building home and the displacement of the Northwest African American Museum. While we are open and willing to continuing meaningful conversation about the needs of the community moving forward, Mr. Tahir-Garrett’s request is beyond reason and we can no longer tolerate an occupation that puts community members or residents and employees of the property at any risk.

Therefore, legal measures were initiated and on Tuesday, April 20, 2021, King County Superior Court Judge/Court Commissioner, Henry H. Judson, ruled Mr. Tahir-Garret and the encampment participants had no legal ownership over the property and were infringing on the safety and well-being of community members who utilize the space and the residents who live in the building. As a result, the encampment was ordered to relocate (with written notice) and allocated a grace period to do so without interference. Unfortunately, they chose not to adhere to relocation by the given deadline, as directed by county officials. Thus, on Saturday, May 8, 2021, actions were taken to remove the encampment and its structures and to prevent further occupation.

Our goal has been, and will remain, the establishment of peace in our community, while finding healthy avenues to communicate and work through what we are confident can be resolved with love, respect, and mutual understanding.