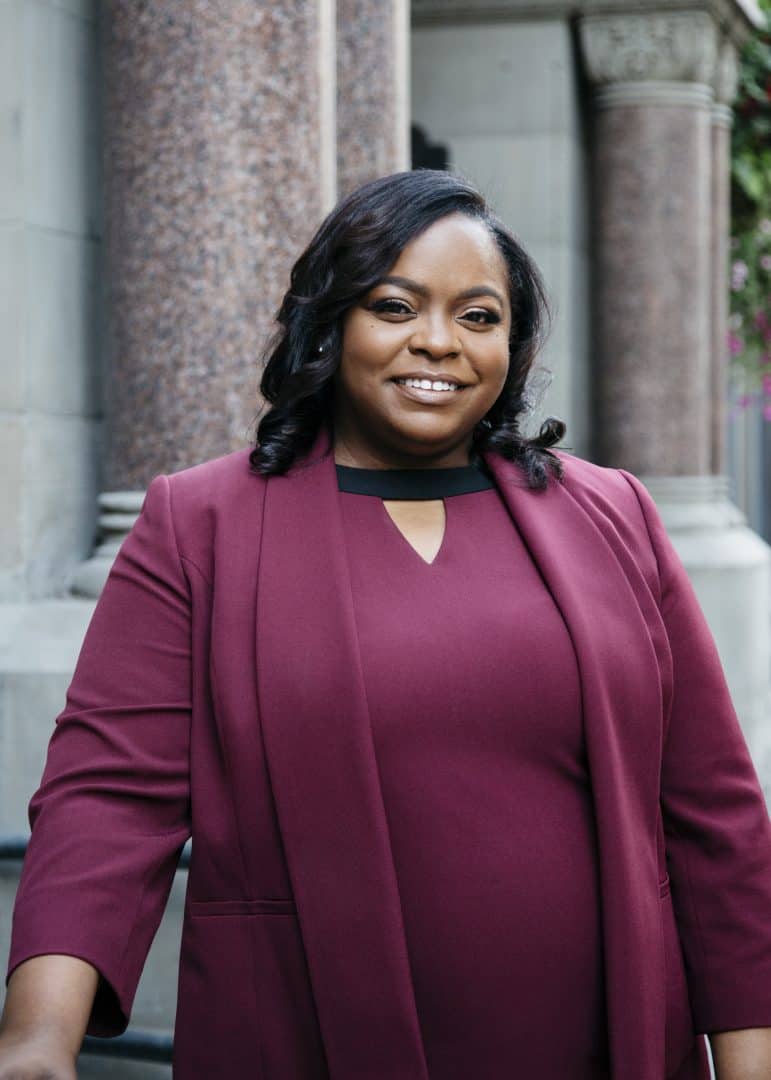 In February 2018, Michelle became the 13th President of the Urban League of Metropolitan Seattle.

“I am not anxious to be the loudest voice or the most popular, but I would like to think that at a crucial moment, I was an effective voice for the voiceless, and effective hope for the hopeless” a quote by civil rights leader Whitney M. Young is Michelle’s mantra as she leads the organization towards its 92nd anniversary.

About Michelle
Michelle Y. Merriweather joined the Urban League of Metropolitan Seattle team in August of 2015 as the Vice President.  Her passion is combining her extensive sales, fund development, event planning and marketing background to better the communities in which she serves.
As a Los Angeles native, her dedication for the Los Angeles community and for being a voice for the voiceless, led her to volunteer for the Los Angeles Urban League.  Her role grew from volunteer to the first woman President of the Los Angeles Urban League Young Professionals and an active member of their board of directors and a part of the National Urban League Movement.
Prior to changing her career to follow her passion in advocating for African Americans and underserved communities she had a successful career in sales and marketing with major organizations such as Starbucks, Heinz, and Coca Cola.
Ms. Merriweather is taking an active role in impacting her community. She serves on the board of directors for the Alliance for Education, KUOW, United Way of King County, MultiCare Behavioral Health Foundation, the Downtown Seattle Association, and an inaugural appointee of the first Washington State Women’s Commission dedicated to shaping policy that directly impacts the women that call Washington home.  Michelle is a proud active member of Delta Sigma Theta Sorority, Incorporated and serves as the advisor for the collegiate chapter at University of Washington.  She a proud graduate of the Xavier University of Louisiana, the nation’s only historically Black-Catholic University, with a Bachelor of Science in Business Administration with a concentration in Marketing. In 2020 she was awarded 2 awards from the Puget Sound Business Journal: A Woman of Influence and a Puget Sound Power 100. In 2022, she received the Edwin T. Pratt Community Service Award from the MLKCC.

Mansour Camara provides financial leadership and oversees the annual audit, budget, banking relations and financial reporting for the organization. Mansour has been with the Urban League of Metropolitan Seattle since 2016. He began as a temporary accountant and was hired as a general accountant after six months. He served as the Budget Officer and Controller prior to becoming the CFO. Mansour holds a Master of Business Administration from City University of Seattle and B.S in Accounting from the University of Gambia.

Augustine J. Cita is our Vice President of Operations at the Urban League of Metropolitan Seattle. He worked in the trades as a Master Journeyman installing Marble and Stone for over 16 years, through Local #1 (BAC) in Washington.  In April, 2014, Augustine was hired by the Urban League as a Program Navigator/Case manager. After successfully completing six cohorts, including one at Monroe Correctional Complex, he was promoted to Program Manager, and later became Workforce Development Director. He now maintains the role of VP of Operations.